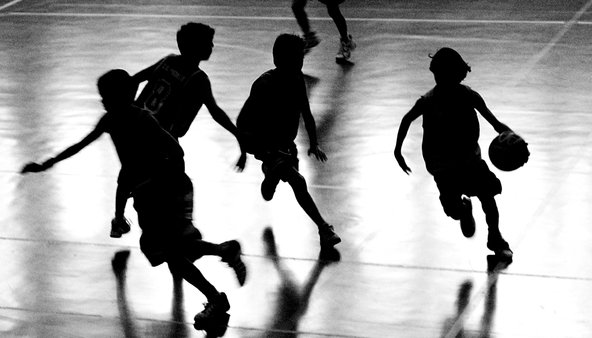 Physically active children generally report happier moods and fewer symptoms of depression than children who are less active. Now researchers may have found a reason: by one measure, exercise seems to help children cope with stress.

Finnish researchers had 258 children wear accelerometers on their wrists for at least four days that registered the quality and quantity of their physical activity. Their parents used cotton swabs to take saliva samples at various times throughout a single day, which the researchers used to assess levels of cortisol, a hormone typically induced by physical or mental stress.

Those results indicate a more positive physiological response to stress by children who were more active, the researchers said in a study that was published this week in The Journal of Clinical Endocrinology and Metabolism. The children who were least active had the highest levels.

“This study shows that children who are more active throughout their day have a better hormonal response to an acute stressful situation,” said Disa Hatfield, an assistant professor of kinesiology at the University of Rhode Island, who was not involved in the study.

Dr. Hatfield noted that the study did not control for sugar intake, which has also been associated with higher levels of cortisol. And as the researchers themselves noted, the wrist-born accelerometers could not accurately measure certain activities like bicycling or swimming.

Michael F. Bergeron, a professor of pediatrics at the University of South Dakota and executive director of the National Youth Sports Health and Safety Institute, cautioned that chronic levels of cortisol might be a better measurement of a child’s propensity toward stress, rather than the single-day measurements taken in the new study.

“A single response to a single stressor may be what the body needs to do, and that’s not necessarily a bad thing,” he said.

Although elementary schools in the last decade have generally been supportive of physical education, only 29 percent of high school students meet the national guideline of 60 minutes a day, said Russell R. Pate, a professor of exercise science at the University of South Carolina, who has worked on national studies of fitness levels in students.

“It’s not a huge surprise that kids who are encouraged to be more active would be more relaxed,” he said.

In a school, a child who gets more activity on a daily basis, Dr. Hatfield said, will respond better to everyday stressors like tests and social challenges. “The study suggests the physiological reason: it may be because their hormonal response is different,” she said.