An opinion piece from The New York Times 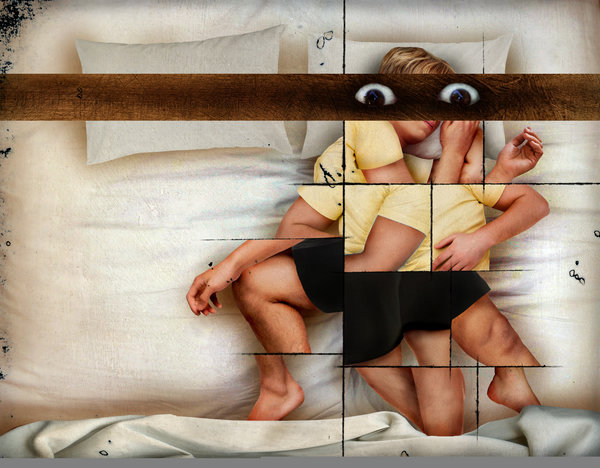 IN the spring of 2010, a new patient came to see me to find out if he had attention-deficit hyperactivity disorder. He had all the classic symptoms: procrastination, forgetfulness, a propensity to lose things and, of course, the inability to pay attention consistently. But one thing was unusual. His symptoms had started only two years earlier, when he was 31.

Though I treat a lot of adults for attention-deficit hyperactivity disorder, the presentation of this case was a violation of an important diagnostic criterion: symptoms must date back to childhood. It turned out he first started having these problems the month he began his most recent job, one that required him to rise at 5 a.m., despite the fact that he was a night owl.

The patient didn’t have A.D.H.D., I realized, but a chronic sleep deficit. I suggested some techniques to help him fall asleep at night, like relaxing for 90 minutes before getting in bed at 10 p.m. If necessary, he could take a small amount of melatonin. When he returned to see me two weeks later, his symptoms were almost gone. I suggested he call if they recurred. I never heard from him again.

Many theories are thrown around to explain the rise in the diagnosis and treatment of A.D.H.D. in children and adults. According to the Centers for Disease Control and Prevention, 11 percent of school-age children have now received a diagnosis of the condition. I don’t doubt that many people do, in fact, have A.D.H.D.; I regularly diagnose and treat it in adults. But what if a substantial proportion of cases are really sleep disorders in disguise?

For some people — especially children — sleep deprivation does not necessarily cause lethargy; instead they become hyperactive and unfocused. Researchers and reporters are increasingly seeing connections between dysfunctional sleep and what looks like A.D.H.D., but those links are taking a long time to be understood by parents and doctors.

We all get less sleep than we used to. The number of adults who reported sleeping fewer than seven hours each night went from some 2 percent in 1960 to more than 35 percent in 2011. Sleep is even more crucial for children, who need delta sleep — the deep, rejuvenating, slow-wave kind — for proper growth and development. Yet today’s youngsters sleep more than an hour less than they did a hundred years ago. And for all ages, contemporary daytime activities — marked by nonstop 14-hour schedules and inescapable melatonin-inhibiting iDevices — often impair sleep. It might just be a coincidence, but this sleep-restricting lifestyle began getting more extreme in the 1990s, the decade with the explosion in A.D.H.D. diagnoses.

A number of studies have shown that a huge proportion of children with an A.D.H.D. diagnosis also have sleep-disordered breathing like apnea or snoring, restless leg syndrome or non-restorative sleep, in which delta sleep is frequently interrupted.

One study, published in 2004 in the journal Sleep, looked at 34 children with A.D.H.D. Every one of them showed a deficit of delta sleep, compared with only a handful of the 32 control subjects.

A 2006 study in the journal Pediatrics showed something similar, from the perspective of a surgery clinic. This study included 105 children between ages 5 and 12. Seventy-eight of them were scheduled to have their tonsils removed because they had problems breathing in their sleep, while 27 children scheduled for other operations served as a control group. Researchers measured the participants’ sleep patterns and tested for hyperactivity and inattentiveness, consistent with standard protocols for validating an A.D.H.D. diagnosis.

Of the 78 children getting the tonsillectomies, 28 percent were found to have A.D.H.D., compared with only 7 percent of the control group.

Even more stunning was what the study’s authors found a year after the surgeries, when they followed up with the children. A full half of the original A.D.H.D. group who received tonsillectomies — 11 of 22 children — no longer met the criteria for the condition. In other words, what had appeared to be A.D.H.D. had been resolved by treating a sleeping problem.

But it’s also possible that A.D.H.D.-like symptoms can persist even after a sleeping problem is resolved. Consider a long-term study of more than 11,000 children in Britain published last year, also in Pediatrics. Mothers were asked about symptoms of sleep-disordered breathing in their infants when they were 6 months old. Then, when the children were 4 and 7 years old, the mothers completed a behavioral questionnaire to gauge their children’s levels of inattention, hyperactivity, anxiety, depression and problems with peers, conduct and social skills.

CLEARLY there is more going on in the nocturnal lives of our children than any of us have realized. Typically, we see and diagnose only their downstream, daytime symptoms.

There is also some promising research being done on sleep in adults, relating to focus, memory and cognitive performance. A study published in February in the journal Nature Neuroscience found that the amount of delta sleep in seniors correlates with performance on memory tests. And a study published three years ago in Sleep found that while subjects who were deprived of sleep didn’t necessarily report feeling sleepier, their cognitive performance declined in proportion to their sleep deprivation and continued to worsen over five nights of sleep restriction.

As it happens, “moves about excessively during sleep” was once listed as a symptom of attention-deficit disorder in the Diagnostic and Statistical Manual of Mental Disorders. That version of the manual, published in 1980, was the first to name the disorder. When the term A.D.H.D., reflecting the addition of hyperactivity, appeared in 1987, the diagnostic criteria no longer included trouble sleeping. The authors said there was not enough evidence to support keeping it in.

But what if doctors, before diagnosing A.D.H.D. in their patients, did have to find evidence of a sleep disorder? Psychiatric researchers typically don’t have access to the equipment or expertise needed to evaluate sleep issues. It’s tricky to ask patients to keep sleep logs or to send them for expensive overnight sleep studies, which can involve complicated equipment like surface electrodes to measure brain and muscle activity; abdominal belts to record breathing; “pulse oximeters” to measure blood oxygen levels; even snore microphones. (And getting a sleep study approved by an insurance company is by no means guaranteed.) As it stands, A.D.H.D. can be diagnosed with only an office interview.

Sometimes my patients have resisted my referrals for sleep testing, since everything they have read (often through direct-to-consumer marketing by drug companies) identifies A.D.H.D. as the culprit. People don’t like to hear that they may have a different, stranger-sounding problem that can’t be fixed with a pill — though this often changes once patients see the results of their sleep studies.

Beyond my day job, I have a personal interest in A.D.H.D. and sleep disorders. Beginning in college and for nearly a decade, I struggled with profound cognitive lethargy and difficulty focusing, a daily nap habit and weekend sleep addiction. I got through my medical school exams only by the grace of good memorization skills and the fact that ephedra was still a legal supplement.

I was misdiagnosed with various maladies, including A.D.H.D. Then I underwent two sleep studies and, finally, was found to have an atypical form of narcolepsy. This was a shock to me, because I had never fallen asleep while eating or talking. But, it turned out, over 40 percent of my night was spent in REM sleep — or “dreaming sleep,” which normally occurs only intermittently throughout the night — while just 5 percent was spent in delta sleep, the rejuvenating kind. I was sleeping 8 to 10 hours a night, but I still had a profound delta sleep deficit.

It took some trial and error, but with the proper treatment, my cognitive problems came to an end. Today I eat well and respect my unique sleep needs instead of trying to suppress them. I also take two medications: a stimulant for narcolepsy and, at bedtime, an S.N.R.I. (or serotonin-norepinephrine reuptake inhibitor) antidepressant — an off-label treatment that curtails REM sleep and helps increase delta sleep. Now I wake up without an alarm, and my daytime focus is remarkably improved. My recovery has been amazing (though my wife would argue that weekend mornings are still tough — she picks up the slack with our two kids).

Attention-deficit problems are far from the only reasons to take our lack of quality sleep seriously. Laboratory animals die when they are deprived of delta sleep. Chronic delta sleep deficits in humans are implicated in many diseases, including depression, heart disease, hypertension, obesity, chronic pain, diabetes and cancer, not to mention thousands of fatigue-related car accidents each year.

Sleep disorders are so prevalent that every internist, pediatrician and psychiatrist should routinely screen for them. And we need far more research into this issue. Every year billions of dollars are poured into researching cancer, depression and heart disease, but how much money goes into sleep?

The National Institutes of Health will spend only $240 million on sleep research this year. One of the problems is that the research establishment exists as mini-fiefdoms — money given to one sector, like cardiology or psychiatry, rarely makes it into another, like sleep medicine, even if they are intimately connected.

But we can’t wait any longer to pay attention to the connection between delta sleep and A.D.H.D. If you’re not already convinced, consider the drug clonidine. It started life as a hypertension treatment, but has been approved by the Food and Drug Administration to treat A.D.H.D. Studies show that when it is taken only at bedtime, symptoms improve during the day. For psychiatrists, it is one of these “oh-we-don’t-know-how-it-works” drugs. But here is a little-known fact about clonidine: it can be a potent delta sleep enhancer.

Vatsal G. Thakkar is a clinical assistant professor of psychiatry at the N.Y.U. School of Medicine.

A version of this op-ed appeared in print on April 28, 2013, on page SR1 of the New York edition with the headline: Diagnosing The Wrong Deficit.