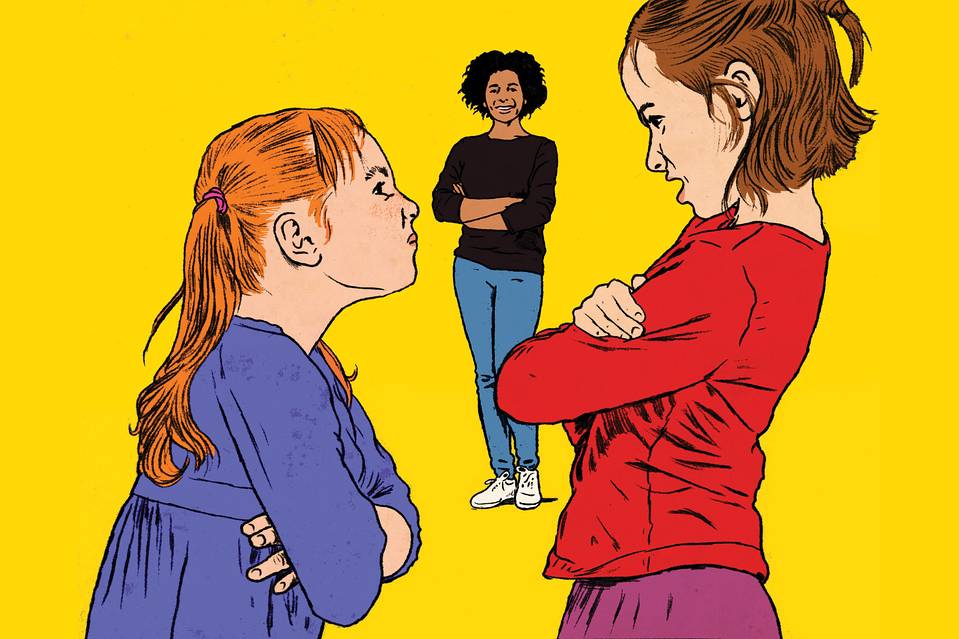 The chaos of German kindergartens is sometimes hard for Americans to understand.

When I lived in Berlin for nearly seven years, I was surprised at first to find that kindergartens and child-care centers (called “kitas”) were all about play, all the time. No reading, no math work sheets. There was simple lawlessness. Children ran around yelling, playing whatever they wanted with whomever they wanted. Some rules applied, but they were pretty basic, such as no hitting and no climbing on furniture. The teachers rarely organized the children’s play.

“It’s ‘Lord of the Flies’!” We expat parents whispered to each other. “And that one kid?” We all knew the one. “They really should watch him more.”

The image goes against the stereotype of the “strict German.” The country’s anti-authoritarian movement in 1968 challenged the old ways of doing things, including how children were raised. Some educators even set up kindergartens with no rules at all. That extreme has waned, but today, many Germans still largely reject harsh discipline of children.

Of course, it’s natural for children to fight. But the way German teachers at our kita approached these conflicts was very different than in the U.S. They didn’t rush to interfere, unless a child was about to be hurt. They didn’t punish, hand out warnings, write names of naughty kids on the board or clip them down on the rainbow-colored behavior chart of doom.

Instead, German teachers spent time observing the situation. Sometimes they took children aside to talk to them individually; sometimes they spoke to the whole group about fairness and kindness directly, or indirectly, by reading stories that touched on the issue. Sometimes they did nothing at all.

“Children really do wonderfully to work things out by themselves,” a kita teacher assured me.

That approach is echoed in a handbook by Margarete Blank-Mathieu for German instructors working with young children. “Children have to argue even if it is difficult for the instructor or the group suffers,” she writes. Arguments are critical for children’s social and self-development, she continues. Kids fight for a variety of reasons: to set their boundaries, to draw attention to themselves, to test their strength (both physical and social), and simply because they are poor losers.

Children must learn how to handle all of these things as they grow up—and the German ethos is that children learn this best through interacting with each other, not by having an adult step in and punish the apparent offender.

I had some doubts as to whether this method worked, but I saw the effect it had on my own children.

Six years ago, when she was 5, my daughter, Sophia, had two close friends at kita. They were both wonderful, strong-willed girls—and they argued a lot, often demanding that Sophia pick a side. This ended in many hurt feelings. She was de-friended and uninvited to distant future birthday parties dozens of times. She often cried over it.

These fights became so prevalent that the instructors took notice and gently pulled the girls aside to talk. They would ask questions like “How do you think that makes her feel?” or “What would you do if you were her?” This method of “mirroring” helped the children look at the consequences of their actions and practice empathizing with others.

It didn’t always have the best result. “If they said, ‘I don’t want to play with her,’ we needed to accept this,” the head teacher told me. “Maybe it will change 10 minutes later.” Teachers never handed out punishments or imposed solutions on these disputes.

While my daughter’s struggles lasted longer than I liked, in the end, this experience taught her some powerful lessons. By the time she made it to elementary school, she was known as a peacemaker. To this day, she rarely has an issue with a “mean girl,” either as a victim or being one herself.

Nor does she label them as such—and neither should we. Because truly none of the children are mean girls or boys. They are just kids, learning how to get along with each other and making some mistakes along the way.

—Ms. Zaske is the author of “Achtung Baby: An American Mom on the German Art of Raising Self-Reliant Children,” to be published Jan. 2 by Picador.